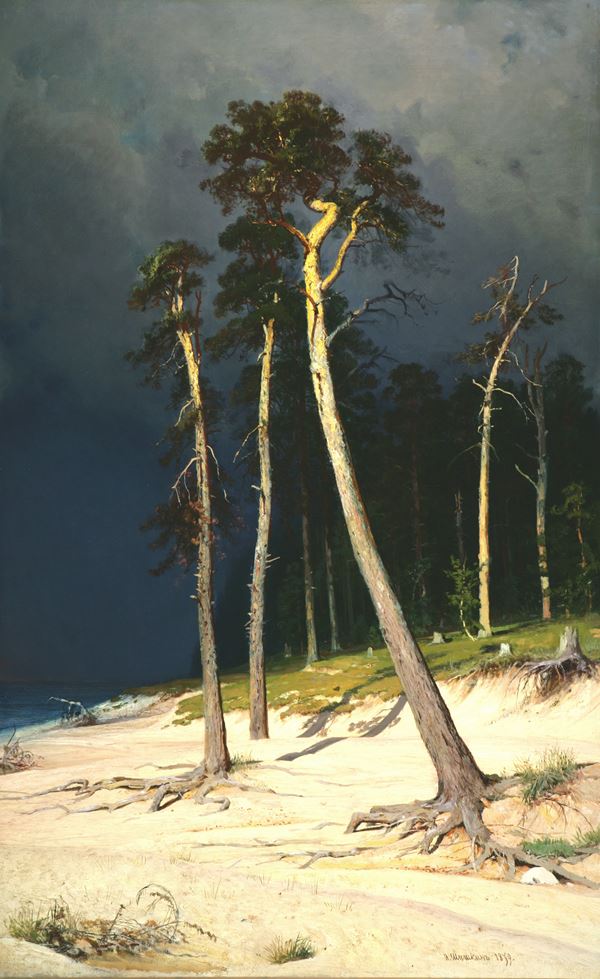 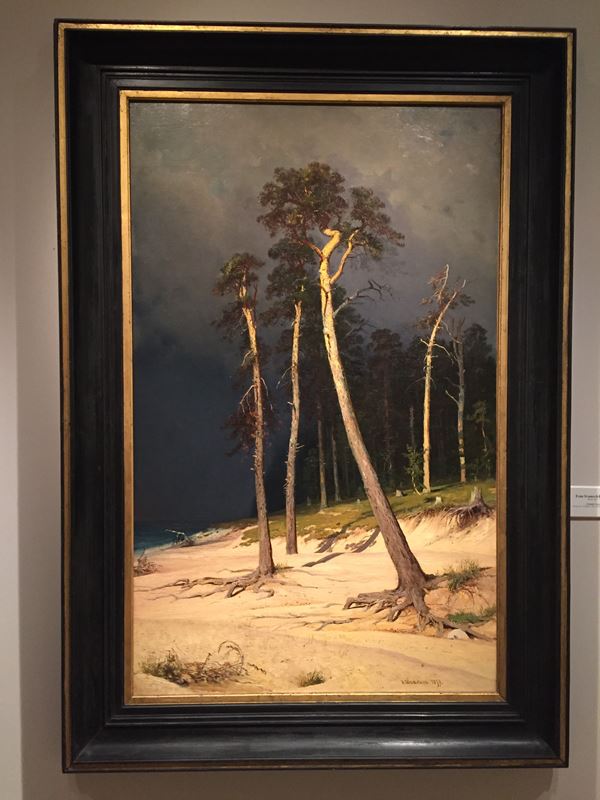 
Shishkin’s A Sandy Coastline presents a dramatic combination of light and color allied to a highly original image. In May – September of 1879, he traveled to the Crimea to make plein air studies in accordance with his fascination for working outdoors, of which this image of tall pines clinging tenaciously to the sandy shore was a favorite. A second composition of a similar size but with a male figure visible on the shore is in the National Art Museum of Belarus, Minsk. In 1885 he reworked the composition as an etching entitled Pines.

In many respects, A Sandy Coastline recalls the work of Shishkin’s fellow artist Arkhip Kuindzhi, who courted controversy with his predilection for intense light effects and radical simplicity of designs. In choosing such a stark and arresting scene, Shishkin allows the technical and aesthetic concerns of his work to come to the fore and to display his more theatrical and inventive approach to the Russian landscape.

The contrast between the darkened sky - where a storm is surely brewing - and the bright sandy coast and pleasingly abstract, twisting pine trunks, whose tops glow in the light, is a marvel of natural rendition and artistic audacity. While making something beautiful and almost mystical out of mundane subject matter, Shishkin deepens the reality of the scene: the dead and broken branches and denuded trees act as haunting symbols of the perpetual struggle for survival in an inhospitable terrain. The whole might be seen as a metaphor for pre- revolutionary Russia’s precarious viability, its meager foundations and the impending political tempest, but also the will to endure. In terms of inventiveness and creative bravura, A Sandy Coastline is perhaps unique amongst Shishkin’s output, confirming his reputation as a master of the genre and his willingness to experiment.