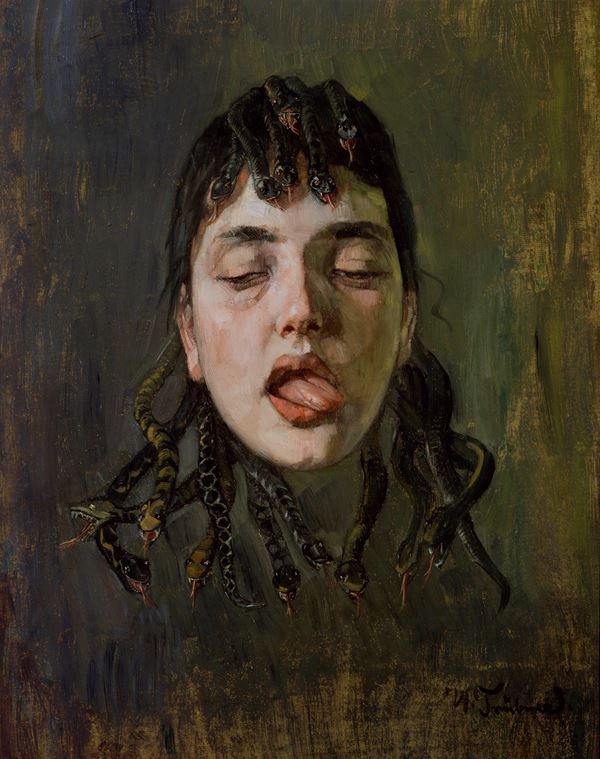 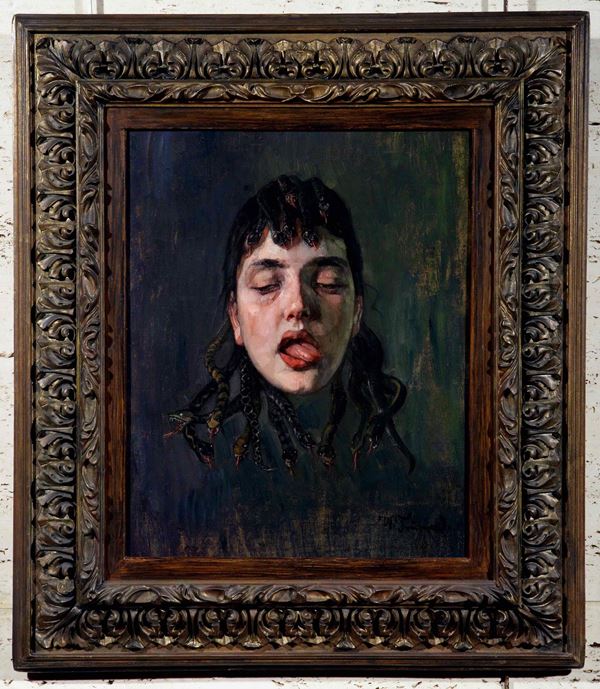 Little prepares us for Trübner’s Gorgon’s Head. Her eyes begin to close in a sign of satiation and her thick-pillowed tongue emerges. Above and below her face, writhing snakes hiss. One of three sisters with the power to turn those who see her into stone, she hovers in space, half her face in shadow.

Trübner painted with short, wide brushstrokes, a technique he learned as a student of Wilhelm Leibl in Munich. The 1869 International Art Exhibition brought paintings by Courbet and Manet to the city. Young German artists, in a style called ‘pure painting’, adopted Courbet’s painterly technique.

During the 1870’s, Trübner visited Holland, Belgium and Italy, as well as Paris and London, before returning to Munich, where he painted landscapes and portraits. During the 1890’s, Trubner taught at the Städelsches Kunstinstitut, Frankfurt and the Karlsruhe Kunstverein. His paintings are in many German museums.