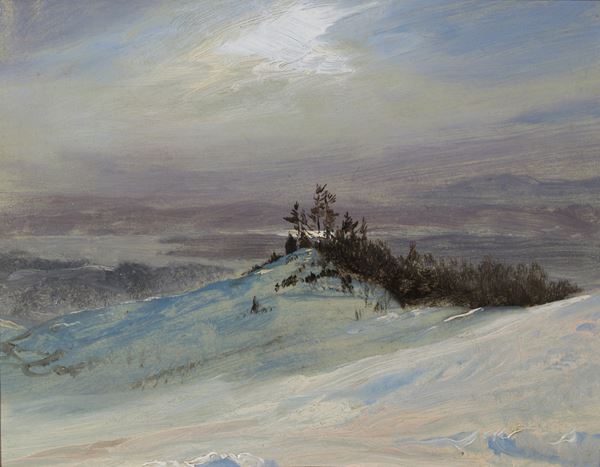 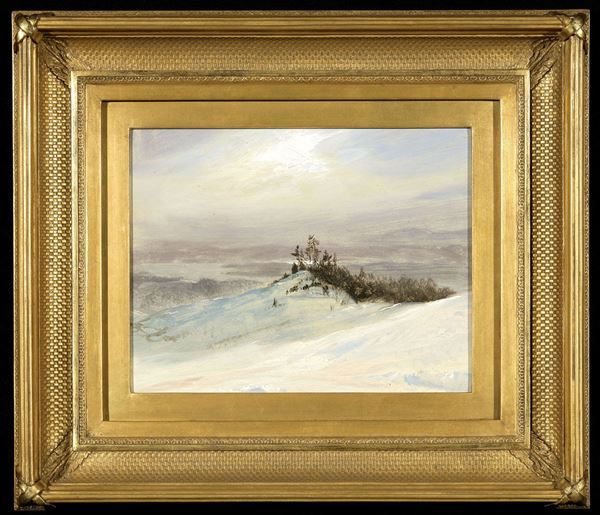 Winter on the Hudson River near Catskill, New York


According to Gerald Carr, the present work depicts a theme dear to Church's heart,    the Hudson River Valley and Catskill Mountains as viewed from the future Olana in upstate New York, which served as the artist’s permanent residence after 1861. Church often sketched weather effects there during the mid and late 1860s. The majority of his oil studies are contemporaneous with the construction, between 1870 and 1873, of the Persian-style mansion.

For the most part, Church was his own architect; hence his oil studies - notably those painted during wintertime, when building operations were stopped - are evidence of his abundant creative energies during this period.

This winter sketch resembles an undated oil still at Olana which Church framed for display, and another oil, dated 1871, now in a private collection. The tree-crowned eminence in the foreground is Quarry Hill. This smaller, freely brushed work suggests unsettled weather. By the 1890s, the last decade of his life, Church had decorated the interiors of Olana with at least fifteen small oils and one medium-size canvas of views of Olana.

Winter on the Hudson River near Catskill, New York