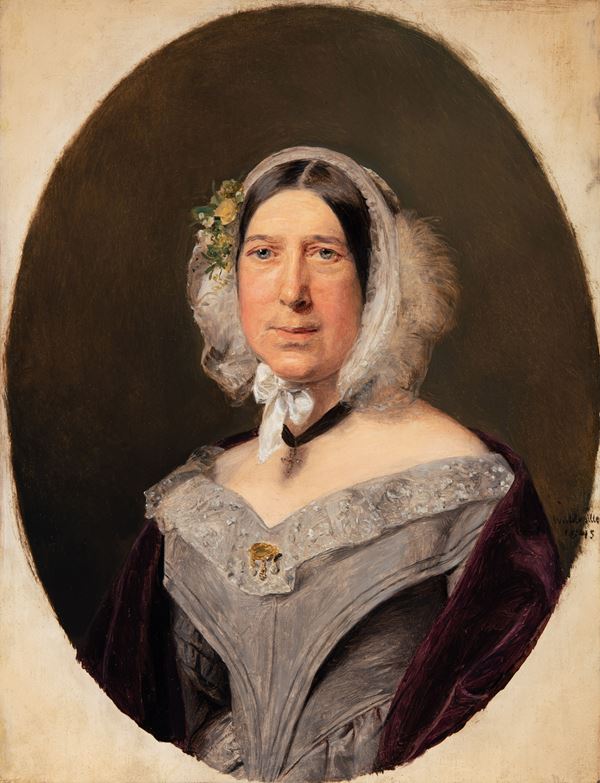 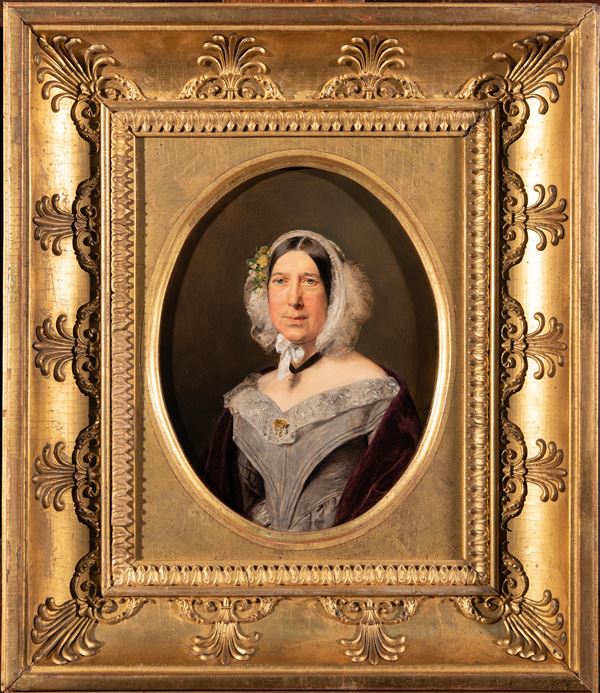 Provenance:
Hugo Marmorek (1885 Vienna – Detroit 1953) and Felice Therese (née Monath), Schellinggasse 12/8 Vienna; After his wife died on 25 May 1938, Marmorek fled with his daughter, Helga Marietta Marmorek to London. He travelled to the U.S. in 1941, obtained citizenship and changed his name to Hugo Madison. By descent


Georg Ferdinand Waldmüller arrived in Vienna in 1817 and began a highly productive and versatile career that comprises many facets of Biedermeier art: landscapes, genre, still-life painting and portraiture.

From a modest background, he earned the entrance fees to the Vienna Academy by painting portrait miniatures. By 1829, he was the curator of the Academy’s painting gallery and in 1830 was appointed professor. Espousing the belief that nature was the ultimate guide and teacher, he wrote “Suddenly the scales dropped from my eyes…nature must be the only source and sum total of our study.” Such adamant, frequently expressed opinions led to his dismissal from the Academy in 1857. While his paintings were collected throughout Europe, including by Queen Victoria and Prince Albert, the artist was in financial straits.

It seems likely that Frau Professor Hürtel came from the same professional class as the artist, suggesting a personal connection. The careful modelling of her flesh and rendering of her clothes betray the hand of a miniature painter who succeeds in bestowing inner greatness on a small scale. Her heavily lidded, dotted eyes do not seek the viewer but are lowered in introspection. Her plain features are set off by a diaphanous bonnet tied below the chin and embellished with a posy of yellow flowers. The subdued colors continue in the gray dress, purple shawl, and neutral background.

The sympathetic portrayal of elderly women inspired memorable images from artists such as Rembrandt and Thomas Eakins. As a committed Realist, Waldmüller did not try to ennoble Frau Professor Hürtel. Instead, he left it to the viewer to imagine her burdens and find her beauty.