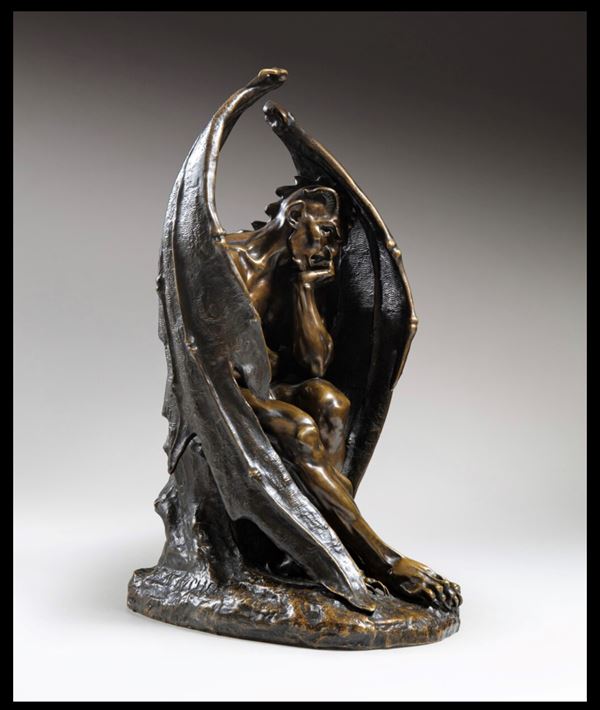 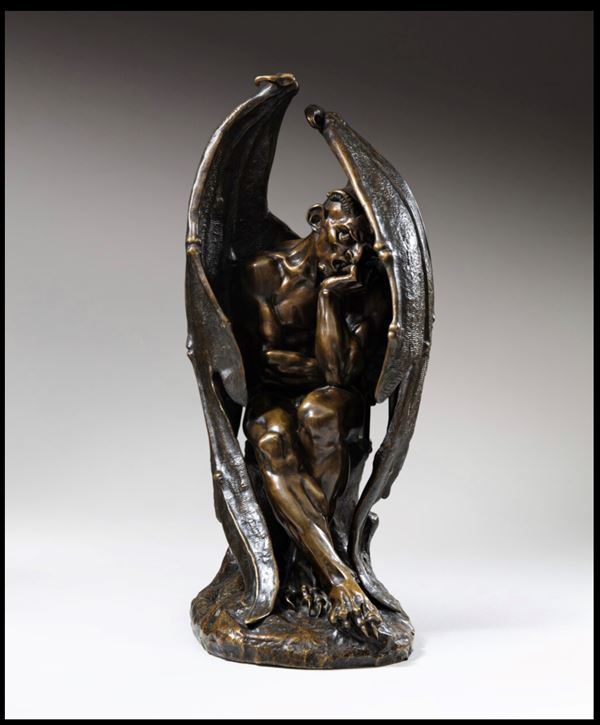 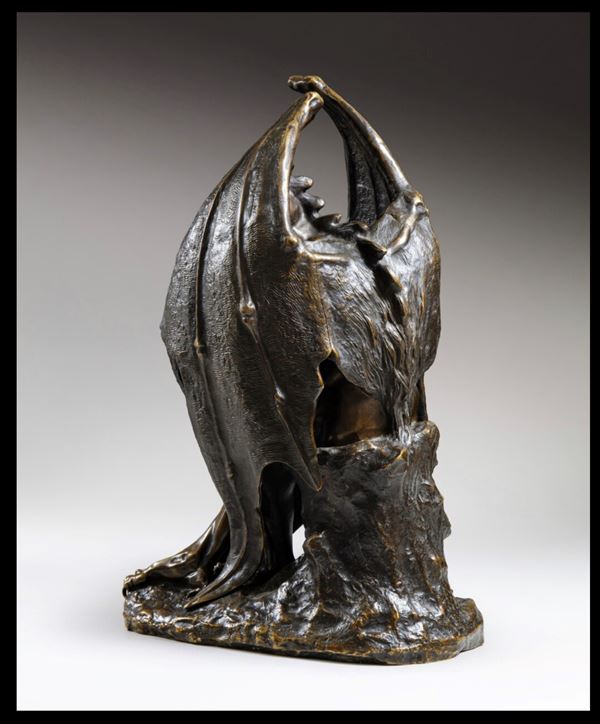 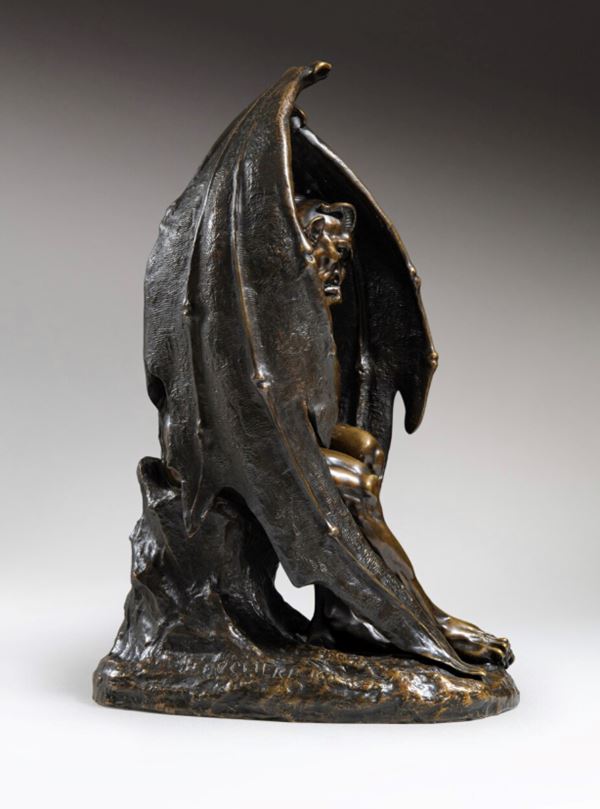 Combining horror and beauty, grotesque imagery and naturalism, Jean-Jacques Feuchère’s Satan is a memorable example of French Romanticism. The artist shows Satan after his fall from heaven, seated on a tree stump, holding a broken sword.1 He has thick brows, a hooked nose, oversized ears and horns protruding from his forehead. In the throes of despair, Satan gnaws his fingertips, cursing his fate and planning his revenge.

The bronze is notable for the quality of the casting and its finish. The rough chasing of the wings and base contrast with the smooth modeling and mellow gleam of the body and face. Once a beautiful angel, the lithe and naked Satan hides within great bat wings, his taloned feet probing the ground. Seen in the round, the acute realism, modulated patina, and protruding vertebrae invite a tactile response.

Large bronze versions of Satan are rare. Only three examples of this 80 cm. size are known: the bronze cast by Vittoz in 1850 (LACMA)2; a bronze which came on the market in 2007; and another offered for sale at Sotheby’s London, March 11, 2008. The sculpture was initially intended as a mantelpiece decoration, with Satan at the center, flanked by two vases in the shape of bats. Feuchère showed the plaster model at the 1834 Salon (no. 2243), and the small bronze version at the Salon of 1835 (no. 2037).

In his account of the 1834 Salon, the painter and art critic Alexandre-Gabriel Decamps praised the work: ‘among all the angels and demons, there is one figure that incontestably merits particular attention because of the original character it has been imprinted with, because of the novelty of its composition and the conscientious craftsmanship with which it is rendered, it is the Satan of M. Feuchère, a personification, with plenty of verve and ardor, of the evil genius at odds with being powerless.’3

The son of the bronze maker and finisher Jacques-François Feuchère, Jean-Jacques trained under the sculptors Cortot and Ramey. He worked as a goldsmith and bronze finisher, before experimenting with enameling and metalwork. His Satan influenced Carpeaux’s Ugolino and Rodin’s Thinker.

During the Romantic period, Dante’s Inferno, Milton’s Paradise Lost and Goethe’s Faust inspired Delacroix’s prints of Mephistopheles (1827) and John Martin’s Pandemonium (1841)4. The fascination with the supernatural and the macabre was taken up by Charles Baudelaire, who knew the sculptor. In his 1857 Hymn to Beauty, Baudelaire wrote

Angel or Siren? Satan? God? Who cares
so long as you, O queen with eyes of satin,
O scent, light, rhythm, make the universe
less loathsome and the lapse of time less leaden